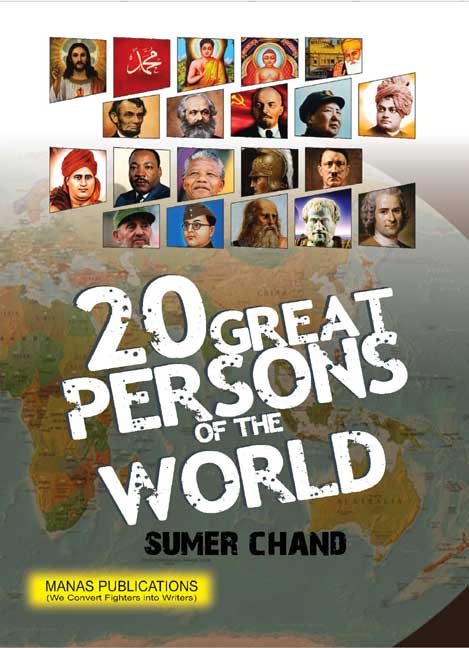 20 Great Persons of the World

Since the dawn of civilization, there have been numerous great persons in the world in every walk of life???? religious, social, political, warriors, etc. etc. These great personalities gave their best to shape the destiny of the world in a distinctive way. Thus for a rational understanding of history, it becomes essential to know at length the contributions of these great personalities who were at the helm at various points of time because of the path chosen by each of them defines a study evolution of the qualitative aspect of one?s life which proves beneficial to the society. Though the list of great personalities is voluminous, the author has tried to encapsulize the lives and thoughts of twenty personalities well-known in the world in their own sphere. The book includes the founders of major religions of the world which are Christian, Islam, Hindu, Baudha, Jain and Sikh. In India, two personalities ? Swami Vivekananda and Swami Dayananda ? also gave the lead to their ideas on crores of followers. They have been narrated in the book. Next came the persons who were the citadel of courage and turned the tides in their favour by their mental and physical fortitude. The author has included Fidel Castro, Subhash Chandra Bose, Alexander the Great and Adolf Hitler. The persons who did wonders for suppressed humanity have also been included. They are Abraham Lincoln, Nelson Mandela, Martin Luther King Junior, Vladimir Lenin and Mao Tse-tung. Renowned philosophers, who guided humanity with their ideas and ideals are also included. They are Rousseau, Plato and Aristotle. The author has tried to do justice to each of them so that readers know all about them and their contributions to the society at one place.