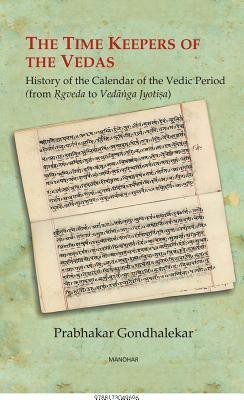 Time Keepers of the Vedas: History of the Calendar of the Vedic Period from Rgveda to Vedanga Jyotisa

A pioneering volume on the discipline of Vedic and Hindu astronomy, this book shows that the Vaidikas, contrary to popular consensus, had developed unique and accurate schemes to synchronize the three clocks of nature--the diurnal clock that measures days, the lunar clock that measures months, and the solar clock that measure seasons--to formulate a stable calendar. The calendar of the Vedic period has confounded science historians for more than a hundred years, with them believing that Vedic ritualists had only the crudest of calendars. This book demonstrates that this conclusion is false by detailing various texts, from the Rgveda Samhita, which notes the foundational elements of a calendar, to the Vedanga Jyotisa, a continuation of the development of calendric science. The Vedanga Jyotisa expresses the calendric concepts of the Vedic texts in mathematical form and introduces algorithms to compute parameters significant to the Vedic ritualists. It also describes a partial ecliptic coordinate system that defines the position of the moon and the sun without irregularly dividing the naksatras, or lunar mansions, in contrast to what has been assumed up to now. This book includes a glossary and an index of the passages from the Vedic texts.