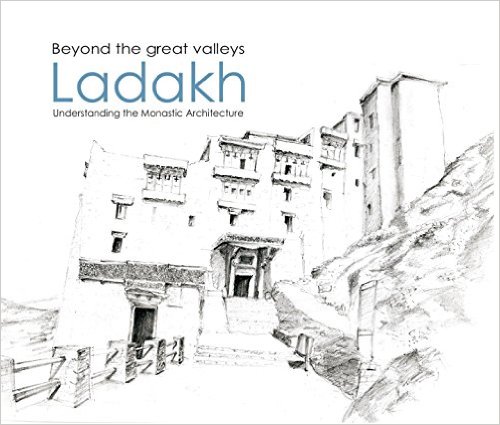 Beyond the Great Valleys of Ladakh: Understanding the Monastic Architecture

Himalayas are the landscape of the mind, Ladakh defines it as a landscape. Ladakh, the region with world's highest mountains, was opened to the outside world in 1970s. Before that the entire region lived in oblivion inside their own world; ice cold winters and warm summers with green apricot trees blossoming in its barren landscape. The short summers are celebration for the people, dancing and drinking only to pave way for the apricot leaves to turn yellow and red; paving the way for arrival of long cold winters. Closing down of Tibet by China and similarity of the region to Tibet, encouraged people to travel and explore Ladakh. The unique landscape of white chortens, terraced Gompas, wooden mosques scattered in the barrenness of the land made it stand out and encouraged more and more travellers to explore and search for the lost "Sangri-la". Of course no one found Shangri-La; but in the process discovered something even more profound and rich. The place which is still older than time, which had long trade relations with Central Asia, where the Himalayas and the Karakoram ranges rest. Its art and architecture inspired from India, Tibet, central Asia and made richer by amalgamation of Muslim cultures from Persia. The architecture is perplexing at times, not only because of the terrain it is built on, low rooms, or small openings; but it is different also in the way we perceive it from our sense. The texture of earth on walls, the stone-clad pathways, timber roofs and mud floors transports us to hundreds of years. The old houses built close to each other forms a labyrinth which is difficult to decipher; thus making us even more confused.