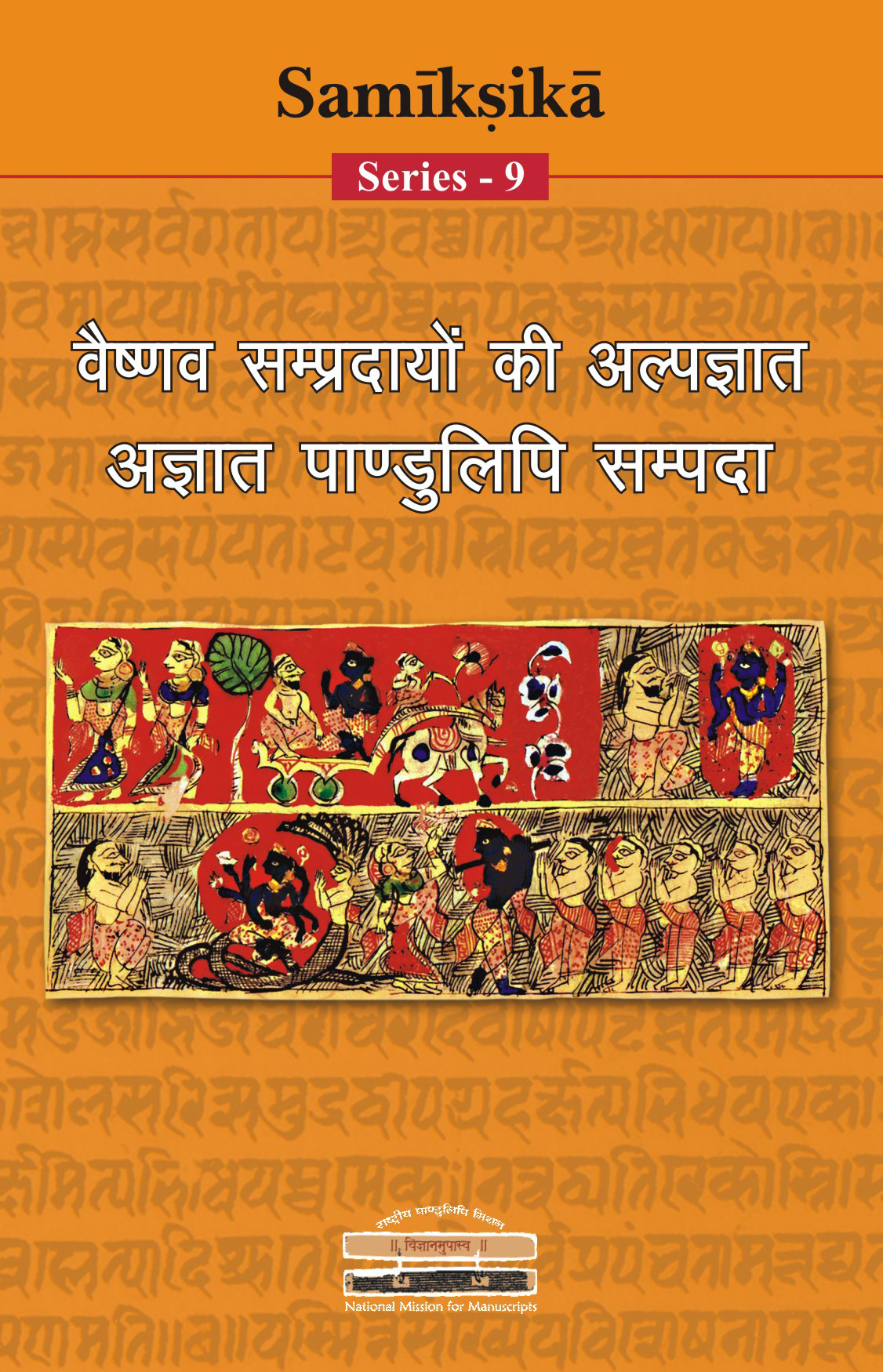 Vaishnava Sampradaya is the worshipper of Lord Vishnu. Sri Rama and Sri Krishna are said to be the incarnation of Lord Vishnu. This Sampradaya is the propounder of the Path of Devotion (Bhakti). The followers of the Vaishnava school regard devotion as the essential and the most effective means to the realisation of Supreme Lord. Though many schools had emerged in Vaishnava Sampradaya due to the mode of explanation of the supreme theory by the respective Acharyas, but the principle doctrine is same in all the Bhakti schools. Here God does not compel attention through his omnipotence so that he is obeyed under compulsion and for fear of his displeasure but becomes the object of constant meditation of the devotee through his loving affection and charming feature. --- The present volume, ninth in the Samiksika series is a complilation of informative articles presented by the participant scholars in the seminar on the treasure-trove of little known and unknown manuscripts of different Vaishnava Sampradaya organized by the Mission in collaboration with Braj Sanskriti Sodh Sansthan, Vrindavan under the supervision of Dr. Laxmi Narayan Tiwari.