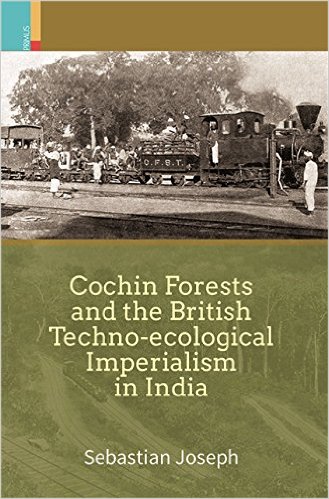 Cochin Forests and the British Techno-ecological Imperialism in India

In 1809, Cochin became a subsidiary state of British India, inaugurating a potent phase of administrative incursions into the local economy and environment. Driven by an economic rationale that insisted on maximum exploitation of forest resources for the generation of revenue, the state legislated forest reforms that introduced scientific forestry and new technologies of resource extraction. Cochin Forests and the British Techno-ecological Imperialism in India shifts through a variety of archival material that has hitherto remained unexamined, to trace the making of these forest reforms and their impact on the rich ecological life of the region. The book examines the workings of the forest tramway constructed through dense tropical forests in the beginning of the twentieth century to transport massive amounts of extracted teak to the nearest ports and railway lines; the enormous financial burden it brought on the state and how that was mitigated through further exploitation of forest resources whilst limiting access of the local population to the forests. Examining the varied intersections between modern economic and scientific rationality; the technological expansion of an imperialist state and the predicaments of local ecological worlds, this book is crucial for understanding the environmental history of a princely state less written about.