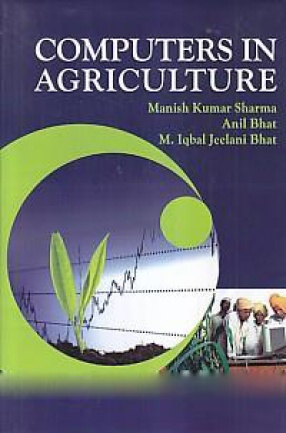 Computer applications are gaining importance in recent times with the growth and development of electronic, communication, information technology and computer industry. The book is designed in such a way that it not only serves as comprehensive knowledge base, but also helps the readers in understanding the fundamentals of computer applications. The book also explains data analysis using Ms-Excel which gives opportunity to the students to analyze their statistical research data. Starting with an introductory chapter, the book goes to cover all topics of computers as well as use of statistical tools in solving the problems. First chapter gives an introduction to computers. This chapter provides an overview of anatomy, generation and classification of computers. In addition to this, it discusses about the personal computers, booting and viruses. Second chapter entitled ?Operating Systems? describes about disk operating system and its commands. Chapter three discusses Working in Windows. Chapter four describes word processing and creating, saving, opening and editing a document. Besides formatting options has also been described in chapter four. Introduction to Ms-Excel and creating, editing and saving a document are explained in chapter five and chapter six. Chapter seven describes Mathematical Functions and their use in excel. The various features of data analysis using excel which deals with data analysis tools, tests, graphs and ANOVA along with illustrated examples are described in chapter eight and nine. The tenth chapter introduces the reader with Ms-Access database. Chapter number eleven gives the basic concepts of internet. Chapter number twelve discusses with pictures flow chart and algorithm