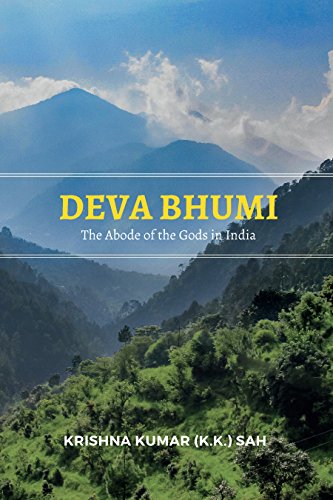 Deva Bhumi: The Abode of the Gods in India (Paperback)

I am taking you on an exploration of the saints and siddhas of the Kumaon region, going back over a hundred years. From family stories, I learned that my father had a special connection, love, and devotion for Sombari Baba. My Uncle Hubba told me many stories, and I read others from a monthly magazine that was published in Almora in the 1930s. I started by soliciting accounts from his original devotees and translated many of them from the Pahari hill dialect. No one can claim that he or she can write about the saints. Writing about them is just like a drop of the ocean?an indescribable experience of grace. As Tulsi Das has said in the Ramayana: ?Vidhi Hari Har Kavi Kovid Bani, Kahat Sadhu Mahima Sakuchani.? ?Even the speech of deities like Brahma, Vishnu, and Mahesh, poets and men of wisdom, falters in depicting the glory of pious souls (saints).? True devotees like nothing better than to sit together and hear stories of those who have inspired them along the path to God. May these recollections, many from people who have since passed on, inspire your path. Contents: Foreword by Ram Dass Preface by Raghu Markus Introduction Part I Neem Karoli Baba Maharaj How this book came to be Part II The Sages during the Chand Dynasty Shri Raukhdiya Baba Swami Vivekananda Shri Harshdev Puri Maharaj Khaki Baba Part III Early Days Descriptions of Sombari Baba Kakrighat Padampuri First Darshans with Baba Annapurna Siddhi Pilgrimage Healing Animals Ordinary Miracles Lessons and Grace Quotes from Sombari Baba Predictions Mahasamadhi Part IV Hairakhan Baba Bal Brahmachari Maharaj Epilogue Glossary Acknowledgments Credits