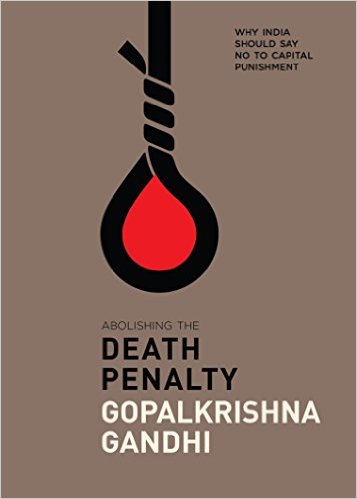 Abolishing the Death Penalty: Why India Should Say No to Capital Punishment

In Abolishing the Death Penalty: Why India Should Say No to Capital Punishment, Gopalkrishna Gandhi asks fundamental questions about the ultimate legal punishment awarded to those accused of major crimes. Is taking another life a just punishment or an act as inhuman as the crime that triggered it? Does having capital punishment in the law books deter crime? His conclusions are unequivocal: Cruel in its operation, ineffectual as deterrence, unequal in its application in an uneven society, liable like any punishment to be in error but incorrigibly so, these grievous flaws that are intrinsic to the death penalty are compounded by yet another?it leaves the need for retribution (cited as its primary ?good?) unrequited and simply makes society more bloodthirsty. Examining capital punishment around the world from the time of Socrates onwards, the author delves into how the penalty was applied in India during the times of Asoka, Sikandar Lodi, Krishnadevaraya, the Peshwas and the British Raj, and how it works today. Of the 195 countries in the world, 140 are abolitionist and no longer have the death penalty in law or in practice. Abolition-minded in theory, India is retentionist in practice?the death penalty can be handed down even for non-homicidal crimes. But even though it is only meant to be handed down in the ?rarest of the rare? cases, there are currently 385 convicts on death row. Through in-depth analysis, persuasive argument and the marshalling of the considered opinion of jurists, human rights activists, scholars and criminologists among others, this book shows exactly why the death penalty should be abolished with immediate effect in India.