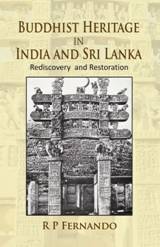 Buddhist Heritage in India and Sri Lanka: Rediscovery and Restoration

Though large numbers of tourists and pilgrims visit the Buddhist sites in India and the ancient cities in Sri Lanka today, few are aware that, before the arrival of the British, the locations of the Indian sites were mostly unknown. The Sri Lankan historical cities had been abandoned and overrun by jungle. The story of how, firstly, amateur British Orientalists and then the colonial authorities rediscovered and restored these sites is a remarkable one and is the subject of this book. The first part considers the legacy of the British for Buddhism in India. It describes the achievements of the Archaeological Survey of India during the directorships of Sir Alexander Cunningham and Sir John Marshall. It then considers the rediscovery and restoration of the important Buddhist sites. The third part considers the British legacy in Sri Lanka. It describes how after an initial difficult period, Buddhism revived. It details the restoration of the ancient sites, in particular the work of the Archaeological Survey of Ceylon under the leadership of H C P Bell. The next section discusses the British contributions to the study of Pali texts.