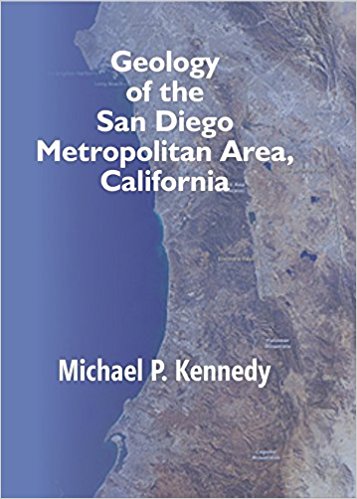 In 1965 the California Division of mines and Geology in cooperation with the city of San Diego began a comprehensive geologic investigation aimed at a better understanding of the geologic hazards that exist within the greater San Diego metropolitan area. This report is one product of that investigation. The western San Diego metropolitan area is underlain by valuable sand, gravel, and clay resources deemed feasibly extractable in today's market for use. Faults in the San Diego coastal area lie within a regional north west, striking right lateral fault system that includes the active Mission Creek, San Andreas, San Jacinto, and Elsinore fault zones. Faults belonging to both of these sets have displaced rocks of the late Pleistocene Bay Point formation, which has on the basis of a rich near shore molluscan fauna. The most prominent faults within the northwest striking set belong to the Rose Canyon fault zone. ABOUT THE AUTHOR:- Michael P. Kennedy was member of Geological Survey of California. This book was published by the California division of mines and Geology under the supervision of the author. Among the important publications under the guidance of the author are, namely, Stratigraphy of the San Diego Embayment, California; Surface faulting and Liquifiction as potential earth quake Hazards Recency and character of faulting along the Elsinore Fault Zone; Age of Faulting in San Diego Bay in the vicinity of the Coranado; Character of Regency of Faulting; Geology of the California Continental Margin.