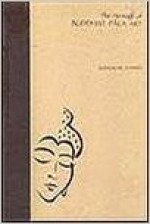 The Heritage of Buddhist Pala Art

Contents: About this book. Preface. Acknowledgements. Scheme of Transliteration. Abbreviations. I. Introduction: 1. subject. 2. Aims and objectives. 3. Scope. 4. Sources. 5. Previous works: limitations and possibilities. 6. Geographical and political background. 7. Background of Buddhist Art from Sunga period to Gupta period. 8. Architecture. 9. Sculpture. II. Buddhist Art during the Pala period: 1. Sculptures. 2. Bronzes. 3. Terracottas. 4. Coins. 5. Epigraphs. 6. Buddhist monuments. 7. Monastic architecture. 8. Little-known monasteries. III. Buddhist icons in art and literature: 1. Various forms of Buddha. 2. Life scenes of Buddha. 3. Dhyani Buddhas. 4. Bodhisattvas. 5. Other gods and goddesses. 6. Votive stupas. IV. Tantric deities: 1. Male deities. 2. Female deities. V. Decorative motifs. VI. Social and economic conditions of the period as reflected in Buddhist sculptures: 1. Social conditions. 2. Ornaments. 3. Economic conditions. VII. General evaluation of Buddhist Pala Art. VIII. Conclusion - at a glance. Glossary. Bibliography. Index. "Buddhist art was not created primarily for aesthetic considerations. Most of the works of art were devoted to the revealing of the divine personality of the gods and goddesses. The present book attempts to present a sketch of Buddha's life as well as well-known and important gods and goddess as represented in the art of eastern India of which the Pala art was an important product. The present study will, it is hoped, unfold many unknown facts of Pala art to students of art. Besides, some of the regional factors are found determining the art forms of the extensive region of eastern India where the Pala art made itself felt in a big way. An impetus was given to new iconographic forms which influenced the Buddhist art of the neighbouring countries such as Nepal and also beyond, like Kashmir. Wherever possible, the degrees of correspondence between the textual descriptions and iconic representations have been duty noted. The Heritage of Buddhist Pala Art, is thus an important step towards iconographic studies, is an expression of author's concern and appreciation for the traditional indigenous art. These works of art, devotion and faith, though deprived of their immediate context, make a significant contribution to the field of sculptural art of the last phase of Buddhist art in India. How passionately the author is involved in the subject, is clear from this book which gives a deep insight into his pursuits. His detailed observations of progression in the creation of Buddhist works of art and richly/profusely illustrated plates help one to understand, recognize and experience them as the masterpieces of art and also as objects of everyday worship. The book is an attempt to explore new images, new forms and new icons and also understand them in their proper time and space contexts - pan-Indian and regional as well as pre-Pala scenario. Students, scholars and general readers will find this remarkable book of immense use.".