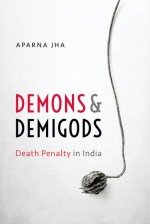 Contents: 1. The Case of the Four Boys. 2. Jagmohan Singh. 3. Bachan Singh. 4. Machhi Singh. 5. Swamy Shraddananda. 6. Dhananjoy Chatterjee. 7. The Mumbai Bomb Blasts. 8. The Law is Not Mathematics. 9. Bodies on the Hillock. 10. Guns, Knives, and Swords. 11. At the Supreme Court. 12. Burning the Midnight Oil. 13. Finding Flaws and Loopholes. 14. Not a Single Eyewitness, My Lords!. 15. The Star Witnesses. 16. Other Witnesses. 17. Skulls and Bones. 18. The Final Lap I. 19. The Final Lap II. 20. The Judgment. 21. Afterwards. 22. The Abolition of the Death Penalty: Global Perspectives. 23. The Death Penalty Creates No Deterrence. 24. Food for Thought. "The harshest punishment is reserved for the harshest crimes. Murderers, rapists, terrorists—perpetrators of grisly acts—these are the people on death row. The Supreme Court of India has repeatedly held that the death penalty can be awarded only in the rarest of rare cases, where guilt is proved beyond reasonable doubt. Yet, who is to say what that may be? For witnesses can lie and evidence be tampered with. In a system that is imperfect, not all those found guilty are truly demons, nor those who pass the sentence demigods, flawless and beyond reproach. In Demons and Demigods, Aparna Jha recounts how she successfully defended four death row inmates, and makes an impassioned argument against capital punishment. For an eye for an eye, she argues, can leave the whole world blind.