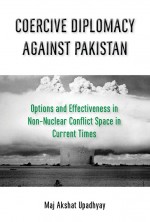 India and Pakistan achieved unofficial nuclear power status in 1998 with Pakistan attempting to use nuclear blackmail in fighting for a limited slice of territory in Kargil. Thus has begun an uneasy and fragile peace, punctuated by harsh rhetoric, proxy war and unsuccessful attempts at stability in the Indian subcontinent. Pakistan continues to use terror as a form of state policy while instigating the ‘Generation Next’ in the troubled paradise of Jammu and Kashmir. Of late, a disturbing trend, that of targeting camps and garrisons of security forces has emerged, intermediate-level attacks that seem to propagate the notion of an insurgency while keeping the level and nature of damage to a level which is not considered incentive enough to start an Indian mobilisation. However, Uri became an exception and a way for the Indian government to start applying holistic coercive diplomacy measures, termed in the field of International Relations as compellence. What has been the result? How credible have those efforts been? Is there a case for improving upon existing measures or are alternative options available? This book aims to answer these questions, in the process, raising pertinent ones.