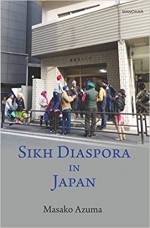 The Sikh community is one of the largest groups of Indians abroad and many studies of these migrants have been conducted. The Sikh temples which are called gurdwaras are seen at all the places where Sikh migrants have settled. As other Indian migrants, Sikhs too have struggled to maintain their social and cultural customs in the societies they have moved to. Inspite of facing difficulties, Sikh migrants have created a synthesis of their own culture with the culture of their place of emigration. This hybridity in migrants’ culture brings us an understanding of the migrants as Diaspora who are in a in-between world among their place of origin and their present residence. This book focuses on the social and cultural practices of Sikh Diaspora in Japan which is not large when compared to other places. The gurdwaras located in different cities like Kobe and Tokyo, are described in this volume as not only religious places but also socializing spaces where the Sikh culture thrives. The two gurdwaras represent diverse social contexts of Sikh migrants in Japan showing myriad features. The volume shows how the Sikh Diaspora in Japan have struggled in their new world and created their own thriving culture through global and local networks.