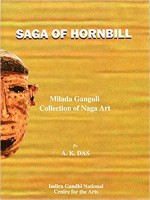 Research and documentation, in the realm of cultural heritage, is an age-old academic exercise started by early explorers around the world. This practice continued first as a part of curiosity of other's culture and later as a scientific study integrating time and space. In India, survey and study of life-style of diverse ethnic groups initiated first by British Administrators followed by anthropologists, linguists, soldiers and missioners from the very beginning of the 19th century. Dalton's