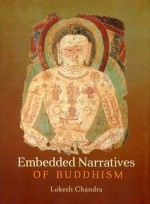 The volume begins with a unique Japanese scroll of Sudhana's pilgrimage in diaphanous colors. Ajanta and TransGandhara and the socalled Padmapani at Ajanta have been newly identified. The Four Past Buddhas include Bhama Konakamana of Bamiyan as the immediate predecessor of Sakyamuni. The dual names of the Gupta emperors, and their trans-oceanic trade has been clarified for the first time. The role of Tamil merchants in the construction of Jerusalem in the tenth century BC down to Champa and Java in the 4th century CE has been narrated. New light is shed on the stupa from Vedic texts. Asoka and Khotan enunciates the global vision of the emperor and clarifies the multiple legends in Tibetan and Chinese sources on the concept of bhumiputra. The Bower manuscript fell down along with a cow in Kucha and heralded Central Asian studies. The cow and manuscript have been clarified as the vaitarani ritual. Two panels from Khotan have been identified as the palladia of the state of Khotan. Votive Bodhisattvas of Tun-huang, Suryakirti's rituals to avert the evil destinies of the Sung Emperor Jen-tsung, the theophany of White-robed and Thousand-armed Kuan-yin's, Kumarajiva and philosophy of the Lotus Sutra: these chapters relate to Chinese Buddhism. Three chapters pertain to Indo-European studies as the quest of European roots in the marginalization of Sanskrit. Natural sciences were a product of the Renaissance which was ushered in by the discovery of Classical manuscripts. Culture is the mother of Science. Quantum physics evokes Sunyata. A volume that roams across centuries and climes of both the East and West, that fills our minds with thoughts of what shall be.