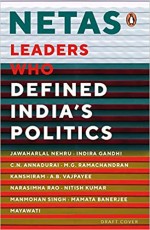 Since Independence, for better or for worse, we have put our faith in the leaders we elected. This fascinating book explores how the individual leadership styles of certain netas reorganized India's political landscape. If Nehru brought a more democratic style, his daughter, Indira Gandhi, centralized authority; if C.N. Annadurai initiated an entirely new stream in Indian politics, namely, the Dravidian parties, his follower MGR wooed the masses through personal charisma. While Kanshiram attempted to unite the oppressed under the umbrella term 'bahujan', Vajpayee strengthened the majority's claim to power. From Narasimha Rao to Manmohan Singh, Nitish Kumar to Mayawati, and the inimitable Mamata Banerjee, these netas continued to reset the terms of the debate. Introduced by a renowned journalist, Netas offers an intimate view of eleven leaders who left their unique stamp on Indian politics.