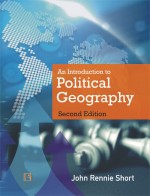 Contents: Introduction Part I: The Political Geography of the World Order • Uneven Development: The Capitalist Whirlpool • The Rise and Fall of the Superpowers: The East-West Fulcrum • The Multipolar World Part II: The Political Geography of the State • The State and the World Order • The Nation-State • The State as Spatial Entity Part III: The Political Geography of Participation • People and the State • The Global Villagers • Citizens and the City Old powers are falling. New states are emerging. The gap between East and West is narrowing. What are the problems facing the emerging new world order? Can action at the community level affect global issues? An Introduction to Political Geography, in its first edition, helped to shape the study of the discipline. Entirely revised and updated this new edition explores political and geographic change within the same accessible framework, emphasizing the need for a fluid approach to the study of the international order, the nation-state, as well as social movements. Though the world is becoming smaller, popular access to power remains an elusive goal. An integrated world economy may well perpetuate past inequalities just as political systems continue to work by exclusion. In the examination of the political geography of participation, the global village and the ecological approach this implies must be paid particular attention. An Introduction to Political Geography reviews the history of the rise and fall of centres of power, employs a wide range of detailed international case studies to illustrate an analysis of current trends, and discusses future developments. It should prove invaluable as a broad readership.