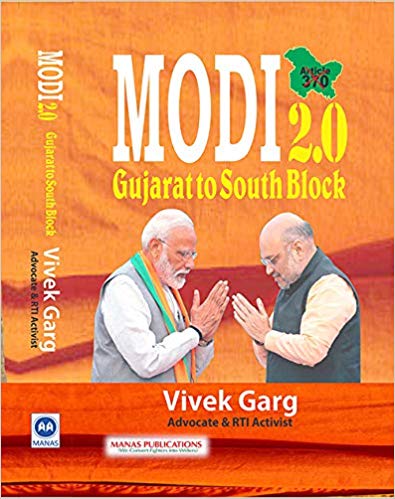 Until Prime Minister Narendra Modi arrived on the scene in 2014, India was stuck in the South Asia Syndrome. For decades the world had hyphenated India with Pakistan. For the first time since Independence, India responded Pakistani terror attacks with devastating counter strikes. The classic example of Modi’s policy of disproportionate retaliation was Balakot where 12 warplanes struck at a terror camp across the international border. Prime Minister Narendra Modi’s re-election in 2019 provides the political leadership with the mandate to take India to its destiny as a great military and economic power. Prime Minister Narendra Modi has successfully expanded India’s image abroad. India’s international profile has been raised, and relations have been strengthened, with nations ranging from US and Australia to Japan and Vietnam. Modi has established good personal rapport with top leaders of the world. Chinese intrusions into Indian territory were once so common that often they didn’t merit more than a single-column mention in Indian printmedia. Today, Indian Navy warships entering the South China Sea – which China claims as its private lake – are equally common. China is now learning the hard way that messing with India comes with a price. Major reform by the BJP government on the economic front came first by demonetisation of `500 and `1,000 notes in 2016and afterwards in the form of the biggest tax reform in Indian history with the implementation of Goods and Services Tax (GST), after well over a decade, was introduced in 2017.Criminalising instant Triple Talaq by Modi 2.0 government is a major step for the welfare of Muslim women. Be it Ujjwala scheme, Pradhan Mantri Awas Yojana Gramin (PMAY-G), Pradhan Mantri Gram Sadak Yojana or Pradhan Mantri Sahaj Bijli Har Ghar Yojana and many other welfare schemes, people across the country reaped direct benefits of the schemes. Under the Swachh Bharat Abhiyaan,10 crore toilets were constructed.