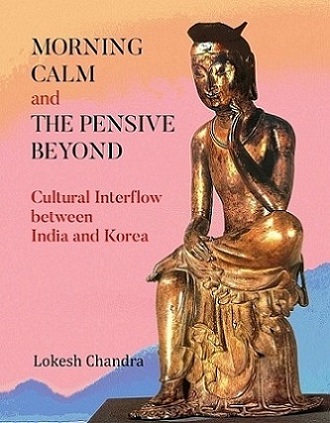 Morning Calm and the Pensive Beyond: Cultural Interflow Between India and Korea (Satapitaka Series No 659

This book narrates the grand strategy of Korea to define its independent sovereign culture in the world of Chinese ideograms, and the palace culture and mandarin bureaucracy of Confucius. Korea's history begins when the Princess of Ayodhya sets foot on her soil in 48CE. The Korean chronicles say that the kings of Silla were ksatriyas and King Chinp'yong (579-632) and his queens had Sanskrit names. The lives of eminent Korean monks give the Sanskrit name of every monk. I-tsing points out the Sanskrit name of Korea as Kukkutesvara. This work explains for the first time the symbolism of stone-bricks, and of the architecture of pagodas as related to the Sriyantra. The 16 foundation stones of pagodas are the 16-petalled lotus of the Sriyantra. The 1000 lotus lanterns hanging from the ceiling of the Buddhist University are the sahasrara-cakra of yoga. The lions of the Hwaomsa Monastery, the Indic principle of the Hangul script, the two-tiered stupas of Maitreya, or the selection of the spot where Seoul stands today, and Dhyanabhadra's Juniper Rock Monastery modelled on Nalanda for 3000 monks, are explained for the first time on the basis of texts. The book surveys several facets of the cultural history of Korea in their admirable iconographic metaphors, architectural forms and subtle thought systems.