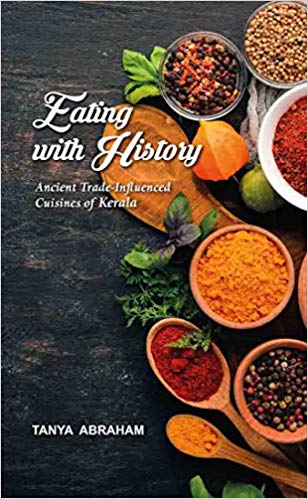 Eating With History: Ancient Trade-Influenced Cuisines of Kerala is an invaluable compendium of a culinary tradition and variety of food recipes that evolved out of Kerala’s kitchens. The food trail is extensive and as varied as it can get. The proximity to the sea and the natural beauty and resources of the state–especially the fragrant spices which grew in abundance–attracted inhabitants of foreign soils and inspired them to initiate overseas trade along what was later known as the Spice Route. In a state with fish, other sea food and vegetables dominating people’s food habits, the various kinds of meats, foreign cooking techniques and exotic flavours were curried to life from foreign trade influences and became significant foods. There are numerous recipes in each foreign-influenced community in Kerala, well represented in this book, in meticulous detail. These recipes were cherished by the families and handed down generations via cross-cultural interactions within Jews of the Paradesi and Malabari sects, Syrian Christians, Muslims, Anglo-Indians, Latin Catholics and others who mingled with and evolved from the local populace. The book provides a well-researched and rich cultural history of foreign food culture, tracing how the new elements adapted to local food traditions and evolved as a parallel line of foods, creating new textures, flavours and tastes.