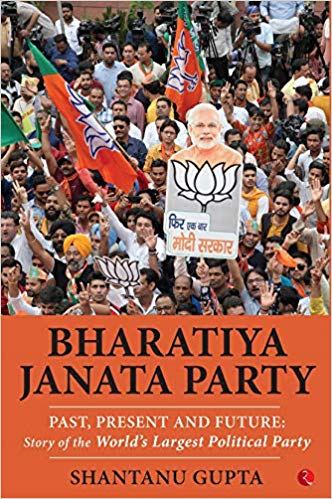 On 29th March, 2015, at BJP’s old Office at 11, Ashoka road, a digital counter was ticking. Party workers, Office Bearers and even Staff, all were staring at the digital screen. The screen was showing the total number of party members enrolled through the Party’s new ‘sadasyata Abhiyan’ (membership drive). the Party’s National President Amit Shah was in Office that day. With a childlike eagerness in his eyes, he too was looking at the digital counter. As soon as the counter hit the target, the whole Office erupted in euphoria. It reached 8.8 crore members, surpassing the Communist party of China. The ambitious membership drive was Shah's idea. Next day every leading newspaper reported it bold and clear—bjp becomes the largest political party in the world. How did this happen? Was it merely a numerical exercise which boosted Bharatiya Janata Party’s fortunes or was it the case of an idea whose time had come? From a mere two seats in the LoC Sabha in 1984 to now having decimated the opposition, can this juggernaut be attributed to only the modi-shah duo or the reasons run deep into the complexity of the highly misunderstood Hindu TV a movement? To answer these questions, Shantanu Gupta travels back into the history of the right-wing movements in India, from their ideological origins to the evolution of their nationalist idea, bringing together a comprehensive study of not just BJP as a political party but of an ideological entity which defines the nationalist movement in the country like never before.