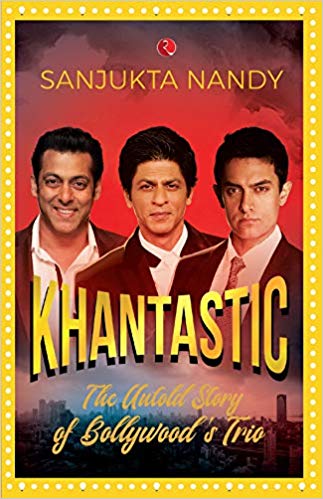 Did Shah Rukh Khan reject Dilwale Dulhania Le Jayenge? Did Amir Khan audition for Qayamat se Qayamat tak? Was Salman Khan’s voice dubbed by another in Maine pyar kiya? Did salman’s and aamir’s ¬film rejections give Shah Rukh Bollywood on a platter? Khantastic answers all these questions. Destiny binds together this charismatic trio—salman, Shah Rukh and Amir. They not only started their journey in Hollywood around the same time But also share vestiges of pashtun descent in their bloodline. Over time, their tempestuous rivalry turned into friendship as they became an indomitable triumvirate. Three different, yet magnetic personalities—they form the three points of the Invisible Bandra triangle in Mumbai as their brotherhood reigns permanently over a capricious Bollywood.