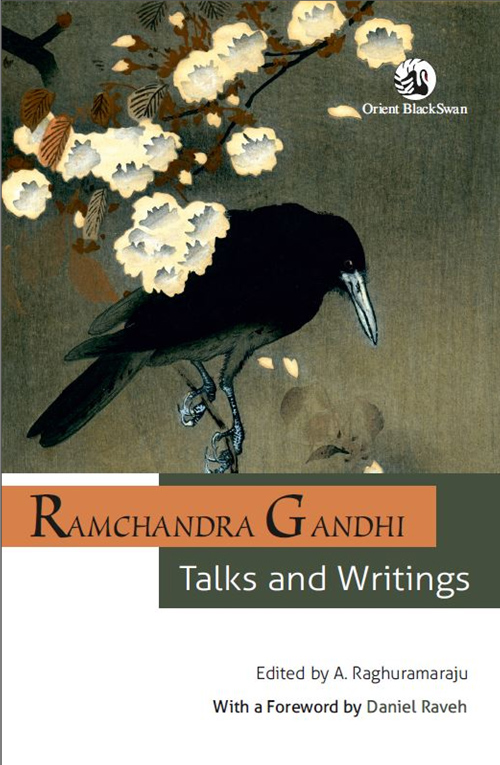 The uniqueness of Ramchandra Gandhi (1937–2007) as a contemporary Indian thinker can clearly be seen in the range of subjects he dealt with, as well as the variety of themes and genres he traversed. One of the very few academic philosophers to seriously engage with the modern Indian thinkers of the nineteenth and twentieth centuries—including Ramakrishna Paramahansa, Sarada Devi, Swami Vivekananda, Ramana Maharshi, Sri Aurobindo, Mahatma Gandhi and J. Krishnamurti—Ramchandra Gandhi's writings bring together Western, classical Indian and modern Indian philosophies in a novel way. In philosophically rejuvenating the modern philosophers in India, he not only reactivated both classical Indian and Western philosophies, but also broke away from the prevalent trend of studying either Western or classical Indian philosophy, or comparing the two. Ramchandra Gandhi: Talks and Writings assembles selected works of this important Indian philosopher, including his essays, interviews, newspaper articles, talks and lectures, some of which appear in this volume for the first time in text form. Dialogic in tone, the works selected here engage meaningfully with past thinkers, while remaining firmly anchored in contemporary issues, offering a lively and interesting perspective on the subjects. Touching upon the themes of philosophy, religion, spirituality, politics, art, aesthetics, modern Indian sages, secularism, nuclear proliferation, ecology, and several other overlapping topics, this collection serves as a window into Ramchandra Gandhi's work, and will facilitate a serious, critical and evaluative study of these important modern Indian thinkers in the future. This collection will interest scholars and researchers of modern Indian philosophy. Contents: Foreword On Hospitality: A Dialogue with Ramchandra Gandhi DANIEL RAVEH Introduction A. RAGHURAMARAJU I—Religion and Spiritualism: Modern Indian Sages 1. Modern Indian Spiritualism 2. Sri J. Krishnamurti 3. Indian Spirituality and the World 4. Nirmal Smriti Vyakhyan 5. The Peacock and the Sage: Reflections on the Advaita of Architecture 6. The Firefly's Prayer: A Parable of Sri Ramakrishna Paramahansa 7. Is Our Heart On the Right Side? 8. Foreword to the English Translation of Harilal Gandhi: A Life II—Philosophy 9. Whitehead on the Distrust of Speculative Philosophy 10. Self-consciousness 11. What We Do and Say in Saying and Doing Something: An Exploratory and Experimental Move from Austin to Advaita 12. Philosophical Scepticism and Theistic Faith: Theistic Inquiry Cannot Be a Denial of Advaita, Only a Necessary Preparation for It III—Self and Politics 13. Ethics, Ecology and Enlightenment 14. In Conversation with Ramchandra Gandhi 15. Confusion and Communication 16. Testing Times 17. Towards Nuclear Non-violence 18. Private Knives, Hives 19. A Sense of Rumour 20. Stephen Lila Index