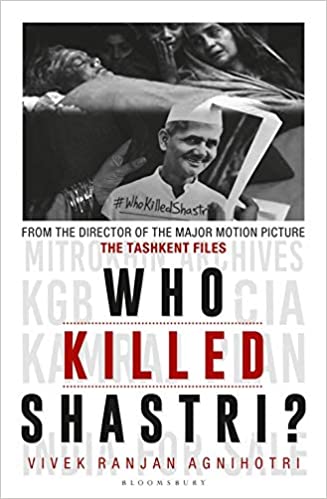 It was the time of the Cold War. After defeating Pakistan in the second biggest armed conflict since the Second World War, Indian Prime Minister Lal Bahadur Shastri arrived in Tashkent, former USSR, to sign a peace accord. After days of extended negotiations, the peace agreement was signed between India and Pakistan in the presence of Alexei Kosygin, the USSR Premier. Hours later, at 1.32 AM, Shastri died in his dacha. Abruptly. Mysteriously. Soon after, his official Russian butler and the Indian cook attached to the Indian ambassador were arrested by the Ninth Directorate of the KGB under the suspicion of poisoning Shastri. No post-mortem was done. No confession was achieved. There was no judicial enquiry ever. It's been 50 years since his death, and we still don't know the truth. Was it really a heart attack? Was he poisoned? Did the CIA kill him? Was it the KGB? Was it a state-sponsored murder? Vivek Ranjan Agnihotri along with his motley team of inexperienced assistants turned whistle-blowers investigate the mystery behind Shastri's death and find themselves in a mirror-world where all and everybody is suspect. But they cannot remain distant, for the painful story of India touches their own lives as they discover how the country was put up for sale.