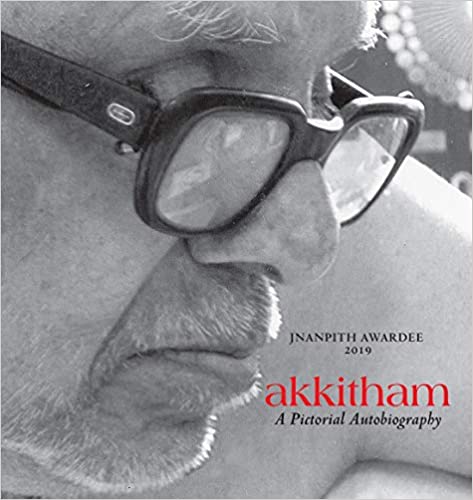 Akkitham: A Pictorial Autobiography is perhaps the first-of-its-kind book culled and created entirely from an author’s writings, interviews and private conversations. The entire text has been constructed and translated into English by Bhaskaramenon Krishnakumar, alias Atmaraman, who has been associated with Akkitham for over four decades. This is the journey of a village boy who went on to become a profound poet. His contribution to literature is summed up beautifully in the statement that was issued with the Jnanpith award 2019: ‘A poet of rare integrity, a creator of many works, all considered as classics, Akkitham’s poetry reflects unfathomable compassion and imprints of Indian philosophical and moral values, delving deep into human emotions in a fast changing social space.’ Akkitham’s life story is also the story of Nambudiri renaissance, in which he was a major player. Writers, social activists and politicians abound in this book. While Akkitham wanted the feudal social order to go, he was also disenchanted with communism; the book narrates the deep philosophical objections and the intensely personal reasons of his disenchantment. The detailed sketches by Akkitham Vasudevan, renowned artist and elder son of the poet, make this book a rare collectible. One of Akkitham’s deeply philosophical poems has been illustrated by Akkitham Narayanan, octogenarian artist of repute and Akkitham’s younger brother. Several translations of Akkitham’s Malayalam poems have been included—in part or full. Combine all that and you get a compelling book at once depicting the life of a remarkable Indian poet and an important phase of social history of modern Kerala.