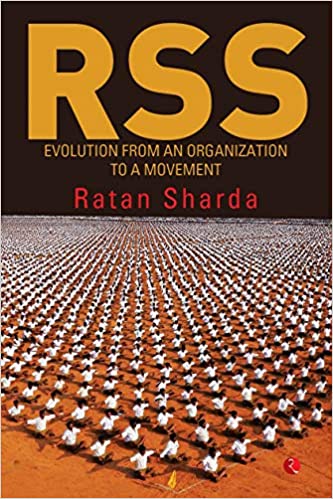 RSS: Evolution from an Organization to a Movement (Hardback)

What makes the RSS unique? How has the Rashtriya Swayamsevak Sangh evolved from a ‘shakha’-based organization, which started in an obscure corner of Nagpur in 1925, to a pan-global movement? How is it possible for an organization not to split in nearly 100 years of its existence? Part of the answer lies in the personality of the heads of the RSS or Sarsanghchalaks as they are respectfully called. Each of the Sarsanghchalaks, from Dr Keshav Baliram Hedgewar to Dr Mohan Bhagwat, has played a key role in guiding and shaping the organization, helping it to evolve into a body that has shown exponential growth while playing a major role in the renaissance of Hindu dharma. Accessing RSS documents, written originally in Marathi and Hindi, conducting meticulous research in the archives, and relying on letters, official statements, resolutions, and his first-hand knowledge of working with five out of six Sarsanghchalaks, the author provides a holistic study of the evolution of the RSS. The hundredth anniversary of the founding of the RSS is less than five years away. For the first time, readers will now be able to have a historic, factual and authentic understanding of this gigantic people’s movement, told by an insider.