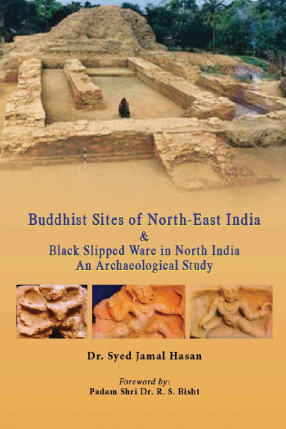 The recent exploration and excavation work conducted by the A.S.I has confirmed that Buddhism was popular in North-East India during the post Gupta and early medieval period while the establishment of Boxanagar seems to be earlier than those of the Mainamali and Paharpur (Bangladesh). Buddhism entered Assam through Brahmaaputra valley, while Tawang, was influenced from Tibet and Northern part of Arunachal Pradesh from China. The present study on the Black Slipped Ware of Eastern Uttar Pradesh and Avadh region (Pre-NBPW deposit) shows that it is entirely different in texture, polished, shapes and types as discovered from other parts of Northern India. We can suggest that the Black Slipped Ware of this region can be treated as a separate culture which originated in Eastern Up around 1100 B.C.E and continued upto 400 B.C.E when it finally merged with N.B.P Ware.