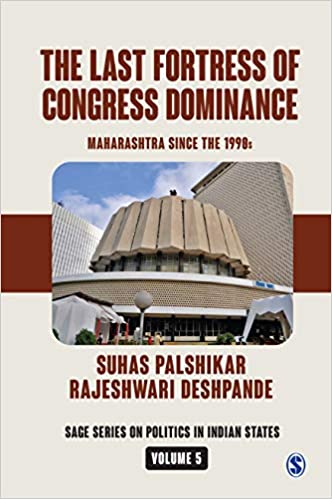 The Last Fortress of Congress Dominance: Maharashtra Since the 1990s (Hardback)

Focused mainly on Maharashtra’s politics since the 1990s, The Last Fortress of Congress Dominance also provides its readers a clear view of the historical context and the socio-political forces that have dominated the state since the 1950s. The politics of Maharashtra has been woven around two key factors: the Congress party and the Marathas. Attempts by the Shiv Sena and the BJP to emerge as alternatives to the Congress have had only limited success so far. As the state politics witnesses the transition into a new party system, the book presents a detailed study on the party system of Maharashtra and situates the analysis in the broader context of crisis of the Marathas and the many distortions of the state’s political economy. Aided by rich survey data from the National Election Studies, for all elections since 1996, the book presents a long-term view of the politics of Maharashtra as the state completes 60 years of its existence. Contents: Series Note Acknowledgements Note on Sources Introduction Framework of Congress Dominance Towards Competitive Politics: 1960s to 1980s Politics in the times of Congress Decline: Key Themes Maharashtra’s First Critical Election: 1995 Return of the Congress: 2004 and 2009 Towards BJP’s Shaky Dominance The Crisis of Maratha Politics Political Economy of Maharashtra Footprints of a New Dominance? References Index