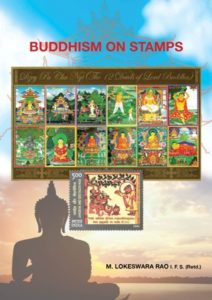 Buddhism is one of the major religions in the world and Second largest spiritual path practiced by an estimated 1.6 billion people, representing 9% to 10% of the world's total population. It began around 2,500 years ago in India when Siddhartha Gautama discovered how to bring happiness into the world. Edwin Arnold has fittingly called Gautama Buddha the “Light of Asia” Wisdom of the world. Buddhism and nature are inseparable. Buddhism was born in nature, in the sense that the ascetic Buddha attained enlightenment under a Bodhi tree in a forest on the bank of the Nerañjara River and he delivered his first sermon in the Deer Park. He spent quite a significant part of his life in natural surroundings. Nature is never absent from the four main events of the Buddha’s life: birth, Enlightenment, First Sermon and death. Moreover, he always appreciated nature and encouraged others to do the same. Buddha’s message clearly says that caring for nature must go hand in hand with respect for fellow human beings. Buddhism is relevant to the present world because of the environmental crisis we are facing at present and we are heading towards mass extinction of species. We live in an age of conflict and war, of hatred and violence all over the world. Mahatma Gandhi has followed the teaching of Buddha and practiced and preached “AHIMSA PARMO DHARMA” (Non violence is the highest religious principle. Non violence is the Best policy). Through The Buddha I am symbolising peace that everyone needs in today’s world. The first thing that comes to mind when one sees/ thinks of the Buddha is a sense of peace. The book “Buddhism on Stamps” is a unique telling story of Gautham Buddha with philatelic materials. The book focuses on how different philatelic materials can narrate the story of Gautam Buddha. Different available philatelic material like Stamps, stamp blocks, 3D stamps, Silk stamps, Se-tenant, FDC, Miniature Sheets, Souvenir Sheets, Maxim Cards, Postcards, covers, gutter, booklets, errors, proofs etc are included from different countries of the World There are 22 chapters Buddhism introduction, Jataka Kathas (Stories) ,Birth of Buddha ,Twelve Deeds of Buddha, Eight Auspicious Symbols of Buddhism, Monasteries, Chhoeten, Prayer Flag & Prayer Wheel, Musical Instruments of Buddhism, Four Mythical Animals, Six Elements of Longevity, Precious Attributes of Universal King, Teachings of Buddha, Buddhist practices, Buddhist Mudras, Hand Gestures and their Meaning, Postures, Symbols Representing Gautama Buddha, Buddhism in Different Parts of the World, Borobudur Ship Expedition, Buddhist Festivals, Buddhist Sacred Places of the World, Buddhism and World Peace, Reference. The book will be useful to the people from all walks of life... Academicians, Philatelists, Researchers, followers of Buddhism, Environmentalists (Buddha lived in nature and taught non violence Ahimsa Paramo Dharma) Students etc. The book can be used as a coffee table book and as a reference book.