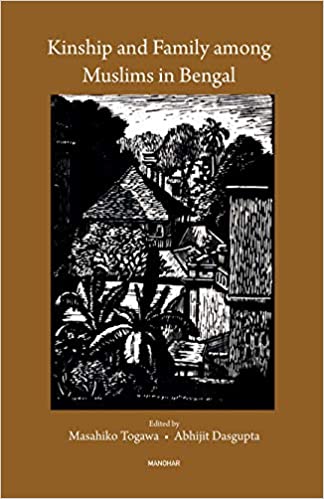 Kinship and Family among Muslims in Bengal (Hardback)

This book is an edited version of Tadahiko Hara’s work on family and kinship among Muslims of Bengal. Hara did an intensive fieldwork in a village in Chittagong district of Bangladesh. Editors Masahiko Togawa and Abhijit Dasgupta have presented his original work with some essays by other scholars reflecting on Hara’s contribution to kinship studies in South Asia. About the Author Masahiko Togawa is Professor of Cultural Anthropology at Research Institute for Languages and Cultures of Asia and Africa (ILCAA), Tokyo University of Foreign Studies (TUFS), Japan. He has published several books and papers on religion and society in West Bengal and Bangladesh. He is the author of An Abode of the Goddess: Kingship, Caste and Sacrificial Organization in a Bengal Village (2006); and co-editor of Minorities and the State: Changing Social and Political Landscape of Bengal (2011), and Gram Bangla: Itihas, Samaj o Arthaniti (Village Bengal: History, Society and Economics, 2007, in Bengali). Abhijit Dasgupta is Professor (Retd.) of Sociology at the Delhi School of Economics, University of Delhi. He has published several books including Displacement and Exile: The State-Refugee Relations in India (2016), and is co-editor of the following books: Minorities and the State: Changing Social and Political Landscape of Bengal (2011); Bengal: Communities, Development and States (2020 rpt.); State, Society and Displaced People in South Asia (2004); and Jati, Varna o Bangali Samaj (1998).