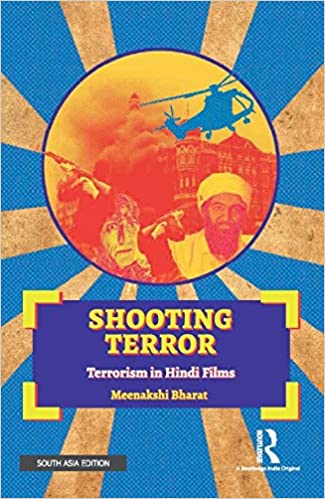 Shooting Terror highlights the disturbing immediacy of acts of terror and how cinema responds to them. It follows the changing representations of terrorism in Hindi cinema by fielding in-depth textual analyses of films such as Roja, Maachis, Black Friday, Tere Bin Laden, Uri: The Surgical Strike, among others. It traces how terror and the terrorist have come to be viewed in the Indian cultural space and lays the grounds for a multivalent, perspectival reading of cinema and terrorism. Moving from the threat of terror condensed in the Mogambo-esque villain in Mr. India, to the showcasing of terror and the terrorist in their lived-in realities in Haider and Shahid, the book explores the fraught connections between terror and the themes of devastation and trauma; between terror and the urban cityscape. It also seeks to highlight the place of humour and satire in films on terrorism and the presence of the reactionary far right in these films. One of the first books to present a composite picture of terrorism in contemporary Hindi cinema, this volume will be of interest to researchers and academics of cultural studies, media and film studies, and the study of sociopsychological violence in media and culture.