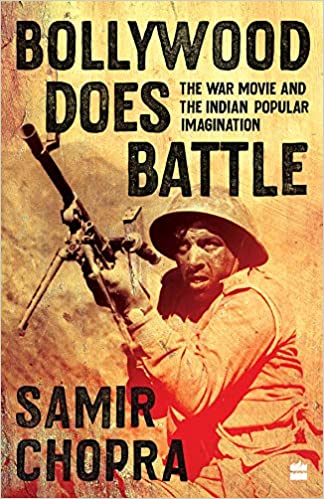 Bollywood Does Battle: The War Movie and the Indian Popular Imagination (Paperback)

War is part of the story of the Indian nation; its presence in India's past continues to shape the Indian present and future. The 1962 China war, the 1971 Bangladesh war and the 1999 Kargil conflict all play outsized roles in the Indian popular imagination. The Indian film industry's war movies play an acute role in representing this aspect of Indian history; Samir Chopra's fascinating book takes a closer look at these movies' emotionally charged depictions of Indian military history. It examines classics of the war movie genre -- from Haqeeqat, Border and Hindustan Ki Kasam to Vijeta, LOC Kargil, Lakshya and The Ghazi Attack to see what they reveal and illuminate about the relationship of the Indian nation to war. Chopra thus enquires into how these movies establish popular Indian understandings of patriotism, militarism and nationalism and reinforce supposed 'Indian' values through their cinematic representations of war. This is a must-read for anyone interested in the relationship of Indian films to Indian culture and history.