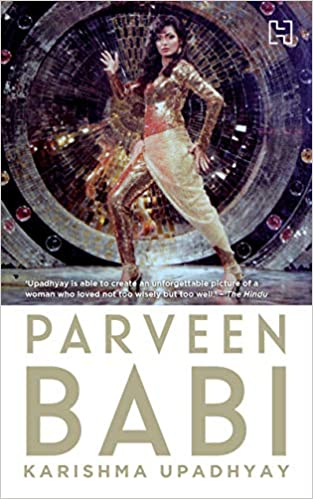 'Sensuous, glamorous and bold, Parveen Babi set the Hindi cinema screen ablaze during the 1970s and '80s, breaking the 'pious, nice girl' mould of the film heroine and redefining it after her own style. On screen, she sizzled in unforgettable roles in blockbusters like Deewaar, Shaan, Kaalia and Amar Akbar Anthony - while, off-screen, her bohemian and unabashed lifestyle lit up gossip columns, and her appearance on the cover of Time magazine, a first for an Indian, created a stir nationwide. Yet, for all the sensational rumours and films her life inspired, Parveen has remained something of an enigma to generations of fans. In Parveen Babi: A Life, Karishma Upadhyay traces the journey of a shy but ambitious girl from an aristocratic family in Junagadh, Gujarat, to a life of merciless scrutiny that comes with being in the Bollywood spotlight. Exploring with depth and sensitivity the myriad facets of the actress's life, she lays bare little-known details about Parveen's doomed romances, her obsession with the spiritual guide who advised her to quit films, the tumultuous years of battling mental illness and her tragic, untimely demise. Rich with insights from the star's friends, former lovers and colleagues, this compelling narrative captures the nuances of an extraordinary life - the highs and lows of finding fame, love and solace, and then, in the end, losing it all.