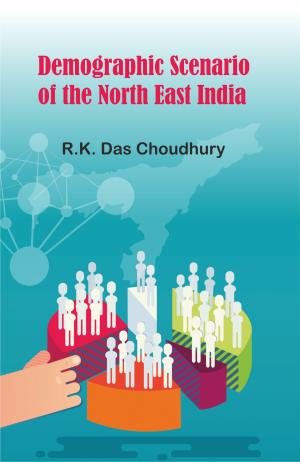 This book presents a comprehensive picture of the North East Demography, starting from the pre-independence period, up to the year, 2011. Along with a brief history of Indian Independence and its consequences in the North Eastern States, it gives an account of the Demographic changes of this Region in the last 50 (fifty) years. The speciality of this book is that, with the Historical and Geographical background of each of the North Eastern States including Sikkim, it gives a detailed picture of the Demographic changes that have taken place during the period from 1961 to 2011. For a better understanding, the position of each of the Census years, together with the Decadal Changes, that had happened in different characteristics of Demography, have been shown separately for each of the NE States, and also for the North Eastern Region, together with the position of the Country as a whole. This facilitates for a comparative study of the North Eastern Region with the Country. This book is mainly based on Census information and on some other relevant books and publications, and will perhaps help in knowing or understanding many of the untold or unknown stories of the North Eastern States and of the Region.