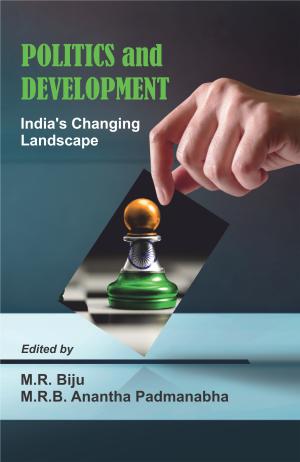 After the attainment of independence, we adopted the British model of parliamentary democracy. Naturally we continued the colonial model of legislative, administrative and judicial institutions and practices developed on the Indian soil by the British colonial masters. In fact, masters changed from white to brown but the style of governance remained as such. The public component in our democratic republic was the least remembered except during the election time. In political debates, when one side accuses the other of corruption the response is not denial or defence but of counter charges saying 'you too'. Justice, education and healthcare are all too expensive to be within the reach of the poor who constitute the lion's share of Indian democracy. Keeping this background in view, an attempt has bee made in his volume to address the issues pertaining to a wide-ranging areas and aspects of the recent Indian Politics viz., Constitution an Democracy: 70 Years of Experience, Lok Sabha Polls 2019 in India, in Kerala and in Maharashtra, Citizenship (Amendment) Act 2019, RTI (Amendment) Act, 2019, Gandhian, Sarvodaya Concepts of Democracy, Role of the State in Governance, Economic Status and Living Standards of Agricultural Sector, Reproduction of Marginality through Developmentalism, Gender Inequality, Gender and Development, Maternal and Child Health Care, Subaltern Resistance, CSR Practices in relation to Corona Virus Pandemic, Threats to Indian Democracy, Interrogating Citizenship and Political Economy. The chapters are contributed by senior academics and development experts with rich experience on the core areas of the study. In their submission the authors have highlightened the existing problems faced by Indian polity, economy and society and put forward solid suggestions to revamp the system.