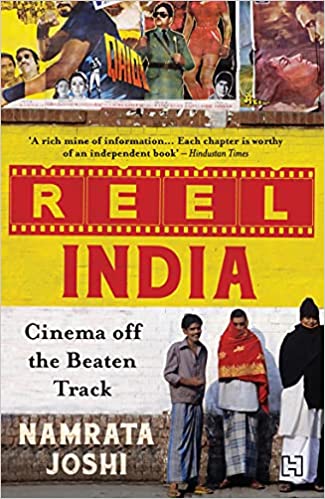 If there's one experience that unites India, it is cinema. In Reel India, award-winning film critic Namrata Joshi journeys through the interiors of the country intimately chronicling little-known accounts about the nation's incessant obsession with the movies. In Lucknow, she encounters a Shah Rukh Khan fan who has embraced an alternate reality in which he lives and breathes the star. In Wai, she finds an entire economy fuelled by the film industry as the town transforms into a film set. An activist filmmaker in Odisha demonstrates how he teaches local tribal people the basics of his craft, empowering them to train the spotlight on issues threatening their habitat and livelihood. From the fever pitch of the 'first day first show' in makeshift halls to the rivalries of regional cinema, this is India's immersion in the movies like it's never been seen before. Filled with real-life stories that are as fascinating as the revelations and insights they offer, Reel India raises the curtain on the starry-eyed dreams and big-screen passions that live on after the final 'cut' is announced.