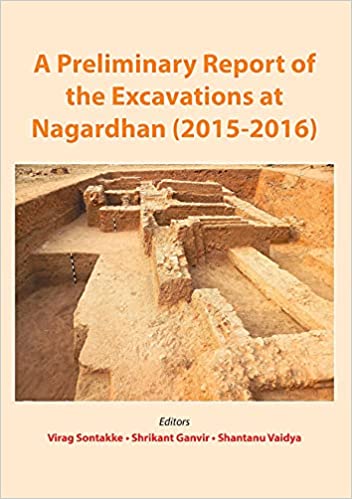 A Preliminary Report of the Excavations at Nagardhan (2015-2016)

The excavations conducted at Nagardhan by the Directorate, Archaeology and Museums, Nagpur Division, Government of Maharashtra, and Department of AIHC and Arcaheology, Deccan College, Pune for the three consecutive seasons ie 2015-2016 to 2017-2018 threw fresh light on ancient Vidarbha. The site of Nagardhan is believed to be the Nandivardhan of ancient times; the capital of the Vakatakas. The excavations were aimed to firstly reveal various aspects of the Vakataka period and to inspect if the remains help in ascertaining the earlier identification of Nagardhan by earlier scholars. The excavations revealed the evidence of well settled city of the Vakataka period. The findings include ceramics, coins, sealings, glass bangles, terracotta objects, stone objects, beads of semi-precious stones, ivory objects, metal objects, etc.