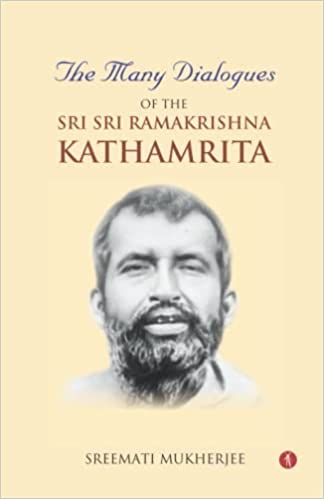 The Many Dialogues of the Sri Sri Ramakrishna Kathamrita

Mukherjee has written-not just another book about what Sri Ramakrishna taught but-a literary analysis of his dialogic method of teaching. It offers an interestingly different perspective from which to study it. Sri Ramakrishna had such a profound influence on the intellectuals of his time that each succeeding age has tried to understand it in its own mode and medium. - Pravrajika Prabuddhaprana The Telegraph Mikhail Bakhtin, who insisted on the dialogic and communicative nature of human experience in all its forms, across linguistic and national boundaries, across genres and media, and across the abyss between 'I' and 'Thou', turns out to be a wonderful figure to guide Dr. Mukherjee in her original reading of the Kathamrita. - Prof. Janet Walker Prabuddha Bharata That interactions between Ramakrishna and Datta were compounded to a great degree by songs is beautifully demonstrated in the book. - Swami Tyagarupananda The Statesman This book locates the Sri Sri Ramakrishna Kathamrita within the critical framework suggested by Mikhail Bakhtin in The Dialogic Imagination, where he posits that the novel is intensely dialogic or dialogue-ridden. This perspective uncovers in the Kathamrita many moments of the dialogic interface between song and philosophy (epistemology), faith and empiricism, myth and scientific actuality, story-telling and historical documentation, bhava and reason. These multiple dialogues become a powerful portrait of the swirling, teeming, history-making and epoch-creating energies of the 19th century in Bengal, much in the way that in the England of Charles Darwin (1850's), the rival claims of faith versus reason drove thinking minds to the ultimate borders of intellectual questioning. Through his multiple interactions with leading intellectuals of the time like Keshab Chandra Sen, Girish Ghosh, Dr. Mahendralal Sarkar, Mahendranath Gupta, and also Narendranath Datta, Sri Ramakrishna posits the power of urjita bhakti whereby a devotee exists in a state of joyous freedom that enables engagement with the world without being entrapped in it. Sri Ramakrishna insisted that God was the highest rasa of all and 'loksiksha' should be the prerogative of those who firmly followed 'sadhana' in their lives.