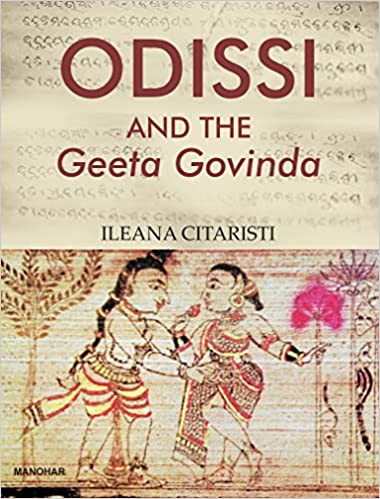 Odissi and the Geeta Govinda

The book attempts to trace an overview of the different components that define the cultural landscape of the state of Odisha in relation to its history, religious cults, art, and literature and to link the development of the various aspects to the role played over the centuries by the Geeta Govinda poem in its different manifestations. From being an important component of the rituals performed in the Jagannath Temple to becoming an essential part of the people’s daily lives and artistic expressions, this immortal poem has exercised its influence on the cultural landscape of the state from its early inception in the twelfth century until present times. Religious beliefs, visual representations, performative expressions, and literary compositions have been influenced by the strong emotional appeal contained in its verses. Its musical structure, spiritual underline and histrionic content have been an essential font of inspiration in the process of the rediscovery of a cultural identity during the last century and continue to exercise a strong influence on the performing arts of the present times. Among all the art forms, the classical style of Odissi dance, the way it has been re-structured in the middle of the last century, is perhaps the one which bears the closest contact with the poem, almost being synonymous with it. The dance’s lyrical quality and its emotional appeal steeped in a long history of association with devotional and spiritual values make it an ideal form of visual expression for the literary content of the poem. About the Author Ileana Citaristi is an Italian-born Odissi and Chhau dancer, guru, and choreographer, based in Bhubaneshwar since 1979. She has authored three books: The Making of a Guru: Kelucharan Mohapatra: His Life and Times (2001), Traditional Martial Practices in Orissa (2012) and My Journey: A Tale of Two Births (2015). She is imparting training in Odissi and Chhau dance at her own institution, Art Vision in Bhubaneswar, founded by her in 1996.