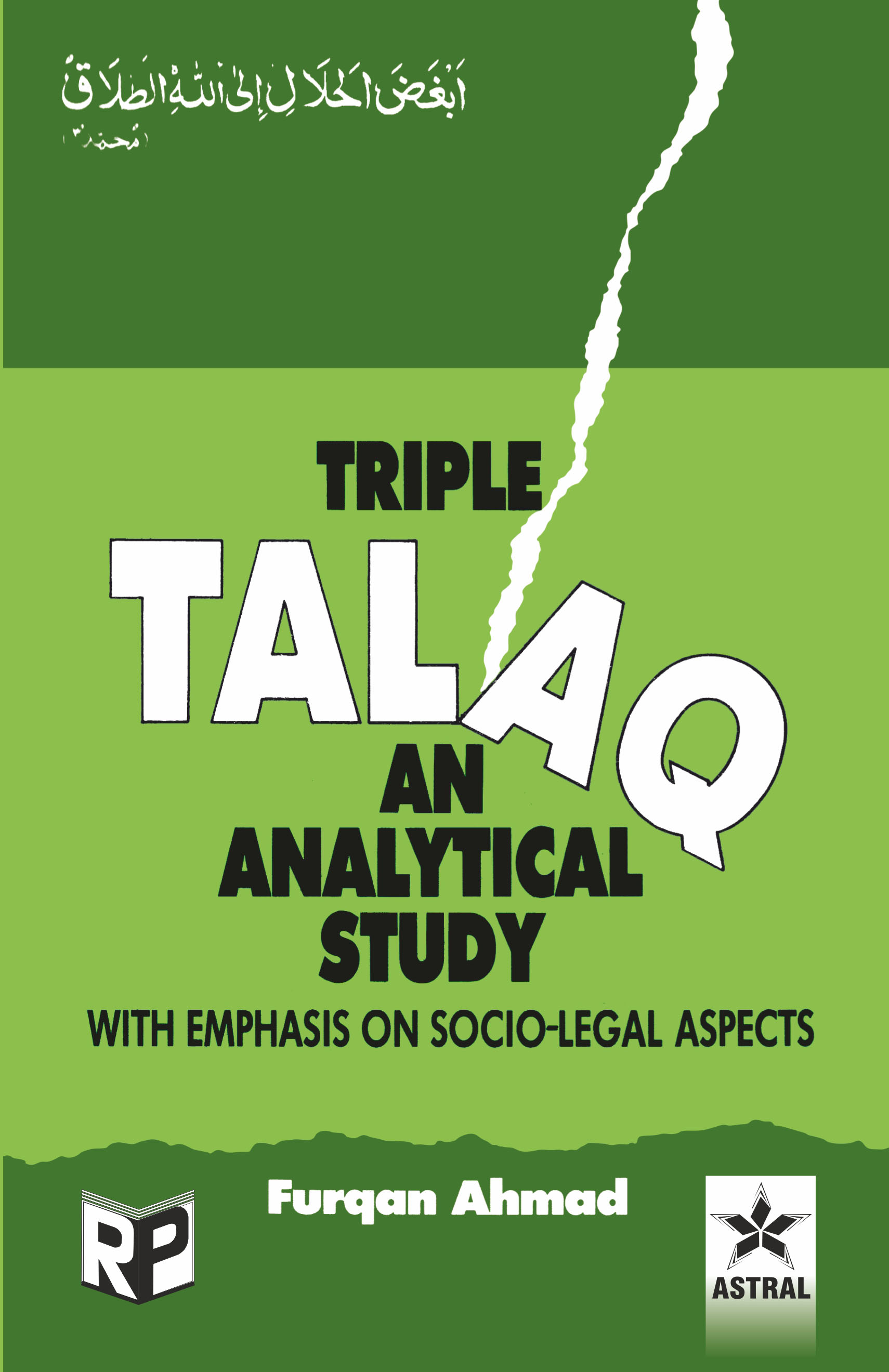 Triple Talaq: An Analytical Study with Emphasis on Socio-Legal Aspects

The long standing controversy among various group of ulamaa on the issue of 'triple talaq' once again has become a burning issue and is hotly debated. A fatwa (juristic verdict) on the issue which appeared before the national press flared up the controversy. Last year three Muftis of Jamat Ahl-i Hadith, according to their Maslak (Law), gave a verdict holding three pronouncements of talaq, all together at single sitting as not to be considered effective under Shariah which requires an interval of one month between one pronouncement and the other, as the procedure of talaq, as mentioned in the Quran. On April 15, justice H.N. Tilhari of the Lucknow bench of Allahabad High Court pronounced that the practice of uttering the word 'Talaq' at one go to effect an 'irrevocable' divorce was both unconstitutional and illegal. This judgement worked as fuel to fire and increased the intensity of the debate. The book does not go into the intricacies of the contents of the judgement. But the view of Ahl-i Hadith ulamaa which is known to all on the issue is indeed thought-provoking for our Hanafi ulamaa of the time. The object of the present study is to examine afresh the longstanding controversy over this topic and to seek a solution acceptable to people of divergent views. The work is based on primary books of Islamic jurisprudence and primary source of Islamic fiqh are consulted to present the true picture of law on the subject. The book would be useful not only for students and researchers of Islamic law but will also help lawyers and judges in dealing with cases according to the letter and spirit of Shariah.