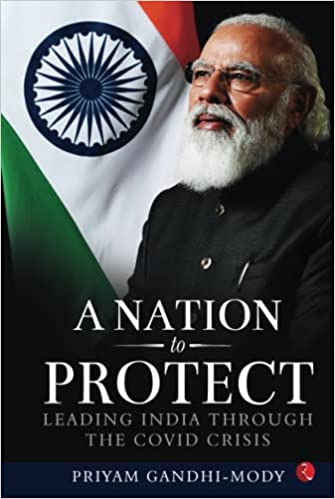 A Nation to Protect: Leading India Through the COVID Crisis

The pandemic has altered the destinies of not just people worldwide but of entire nations. Many developed countries despite having superior infrastructure and significant investments in public health haven’t been able to tackle the onslaught of Covid-19. It was in this backdrop that India’s ability to rise to the challenge had been written off entirely by many leading ‘experts’. Doomsday predictions were made which included mass deaths and anarchy. However, Prime Minister Modi’s robust grip on the administration changed India’s fortunes in the fight against the virus. He took absolute control of the country’s response mechanisms and streamlined systems to cut red-tape. Led by fact-based scientific advice, the Indian government galvanized their inheritance of less-than-adequate resources, augmented capacities rapidly and prudently spent its reserves on the most effective solutions. Hence, even after three waves of the pandemic, India has managed to save more lives than most countries in the world. The country has proved the cynics wrong with one of the lowest fatality rates. As a testament to its scientific and technological prowess, the nation has not only developed multiple indigenous vaccines but is running the world’s largest vaccination drive supported by superb infrastructure. True to our nature as a nurturer, our country has been acting as the ‘pharmacy of the world’ by providing life-saving drugs and medical equipment to other nations. With a staunch resolve to help all of humanity emerge out of the pandemic, India has committed over five billion vaccine doses in 2022 for countries in need and intends to provide more until every human being is secure. A Nation to Protect is a definitive account of India’s pandemic response from the top echelons of leadership and government.