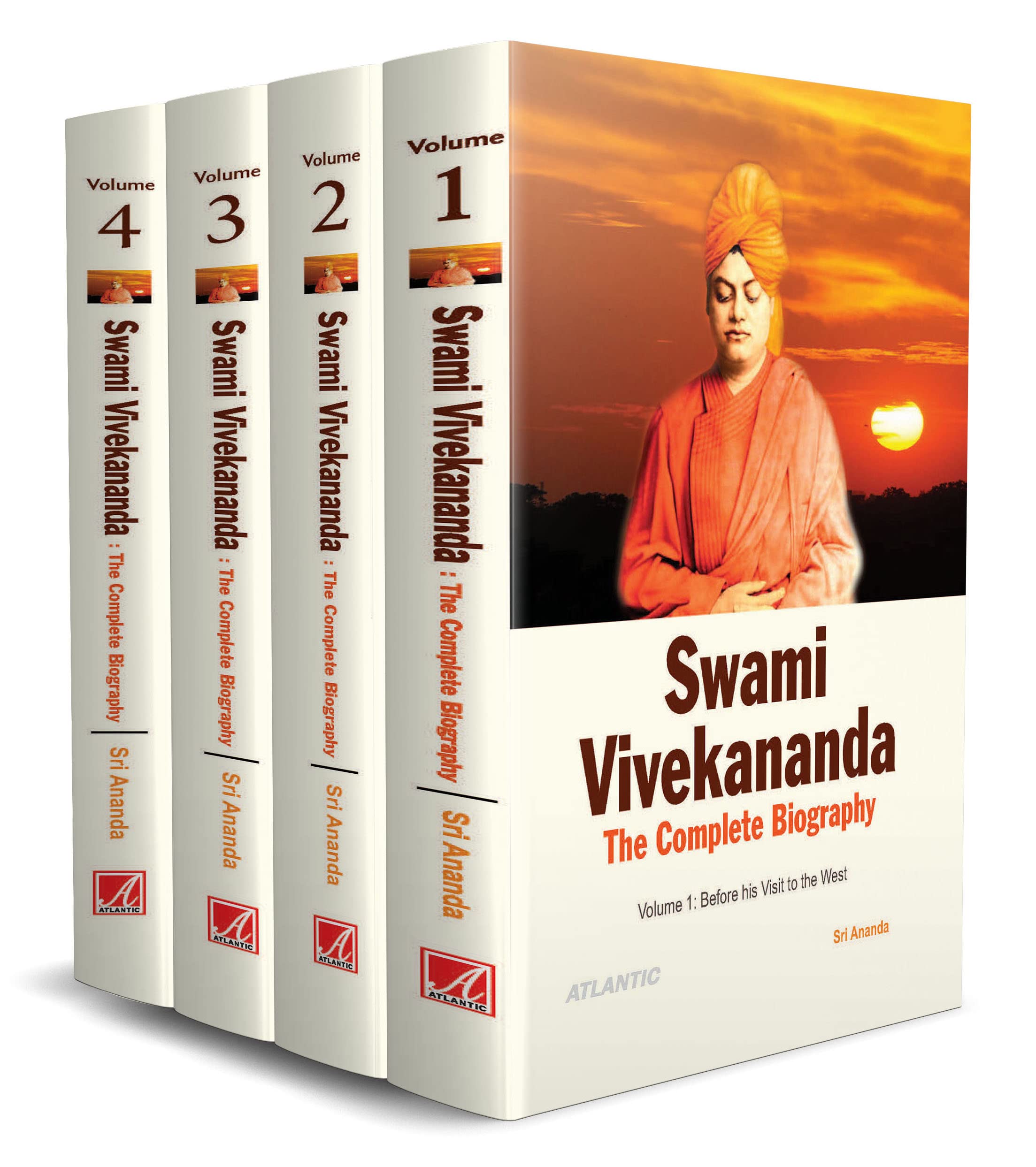 Volume 1 : Before his Visit to the West; Volume 2 : His First Visit to the West; Volume 3 : His First Visit to the West & Return Home After First Visit to the West; Volume 4 : Initial Action Plan of the Math, Second Visit to the West, Return Home & The Passing of Swami Vivekananda The book in four volumes is a comprehensive biography of Swami Vivekananda, the great philosopher of the East, incorporating information from most authentic sources. The book chronologically describes all the events in the life of Vivekananda right from his birth to demise of the great soul along with a brief history of his family background. It explores the transformation of Narendranath into Swami Vivekananda under Sri Ramakrishna Paramahansa. It minutely discusses Vivekananda’s multi-dimensional qualities such as his vast knowledge of Eastern and Western culture as well as his spiritual insight, fervid eloquence, brilliant conversations, inspiring lectures and letters, unparallel compassion, great personality, love for humanity, manifestation of divine character; and his everyday activities and actions for the human beings who are at the grass root levels. A sincere attempt has been made to explain these aspects of Vivekananda’s personality in a comprehensive and lucid manner. The book includes almost all the lectures delivered by Vivekananda in America, Europe, and India; and consequent reports appeared in several newspapers, reactions and repercussions, quotations and statements from several articles written by those who had an opportunity of associating with the great philosopher and having a chance to interact with him. The book describes Vivekananda's activities, following each of his footsteps throughout the journey of his life. The first volume contains all the events of Vivekananda's life before his first visit to the West. The second volume discusses his first visit to the West. The third volume incorporates all the events of Vivekananda's life after his return from the first visit to the West. The fourth volume describes Vivekananda's second and last visit to the West and his life thereafter. It also contains the details of demise of this great personality of India About the Author: Sri Ananda (real name, Ratan Das), B.Sc., B.H.M.S., is by profession a lyricist and known as a great scholar for his vast research on Bengali Folk Music, for which he was awarded by the Nazrul Padak from Bangladesh in 2006. His spiritual teacher was Revered Swami Prameyananda, former vice-president of the Belur Math, the head quarter of the Ramakrishna Order. He had worked with many renowned music directors and singers of India. More than two hundred lyrics written by him have been recorded by many legend singers of India. He has written number of lyrics for TV serials and Film, both in Bengali and Hindi. Sri Ananda came to limelight as a scholar by the publication of Adwitiya Vivekananda (Vols. I and II), the most comprehensive biography of Swami Vivekananda in Bengali. His other books include Amritarashodhara (lyrical form of The Gospel of Sri Ramakrishna), and Sonar Chele Narendranath (a book in Bengali on the life of Swami Vivekananda). Swami Vivekananda—A Great Son of India, Biography of Vivekananda in short for students. He is also the editor of Anandam, a famous quarterly magazine (in Bengali and English), which is also available in Face book page named Anandam Patrika. He has received following awards: Life Time Achievement Award, Anuran, Delhi, in 1989; Githharati by Surahharati Sangeet Parishad, Kolkata, in 2012; and Advaita Malla Barman Award, in 2013.