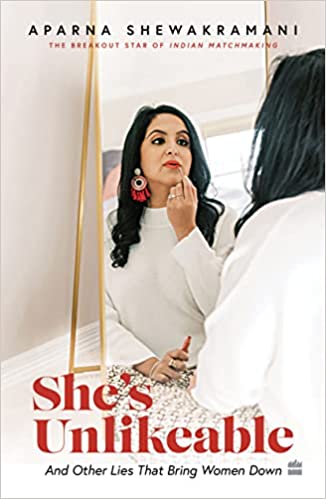 She's Unlikeable And Other Lies That Bring Women Down

Aparna Shewakramani of Indian Matchmaking fame knows who she is and what she wants-and she is not afraid to ask for it. When Aparna Shewakramani appeared on Netflix's hit series Indian Matchmaking, it soon became clear that she knew what she wanted. But all stories are told through certain lenses-and her story is no exception. Being on a reality show made Aparna feel like a character. Her decisiveness and sense of self-worth led viewers to see her as a very specific archetype: The villain. The woman you love to hate. The unlikeable woman. It turned around, though, with a single message of support: