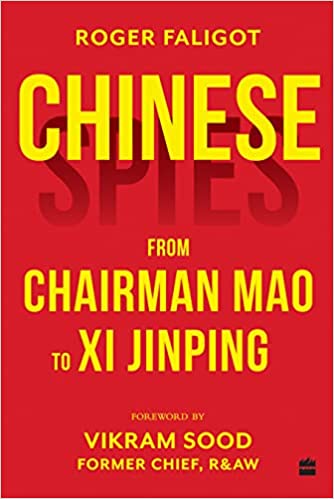 In 1920s Shanghai, Zhou Enlai founded the first Chinese communist spy network, operating in the shadows against nationalists, Western powers and the Japanese. The story of Chinese spies has been a global one from the start. Unearthing previously unseen papers and interviewing countless insiders, Roger Faligot's astonishing account reveals nothing less than a century of world events shaped by Chinese spies. Working as scientists, journalists, diplomats, foreign students and businessmen, they have been everywhere, from Stalin's purges to 9/11. This murky world has swept up Ho Chi Minh, the Clintons and everyone in between, with the action moving from Cambodia to Cambridge, and from the Australian outback to the centres of Western power. In the twenty-first century, the Chinese intelligence services, an umbrella term that includes several organisations, rival the largest in the world: the American CIA, the Israeli Mossad, the Indian R&AW, the French DGSE, Britain's MI6, and of course the other intelligence services in the region, such as the Taiwanese MJIB and the Japanese Naicho. This fascinating narrative exposes the sprawling tentacles of the world's largest intelligence service, from the very birth of communist China to Xi Jinping's absolute rule today About the Author Roger Faligot is an investigative journalist and author of many books on European and Asian intelligence, including The Chinese Mafia in Europe and La Piscine, the first history of France's secret services. He has been a correspondent for The European, and Far East correspondent for Intelligence Online (1993–2018).