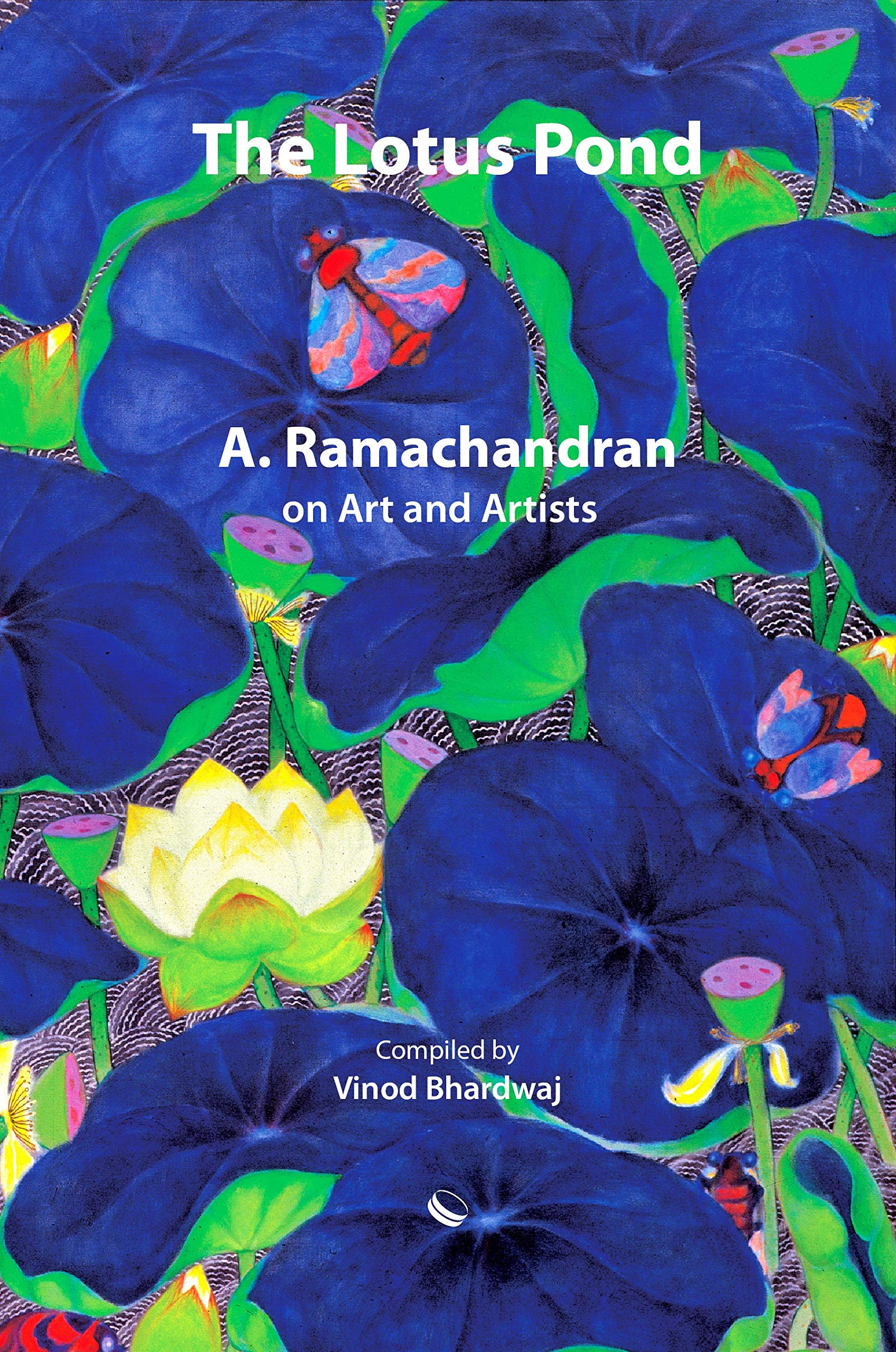 The Lotus Pond: A Ramachandran on Art and Artists

Painter, sculptor, graphic artist, designer and teacher, A. Ramachandran is not only among India’s most distinguished artists, but also a seasoned storyteller. Whether recalling a golden childhood in Kerala or recounting life-altering encounters with uncompromising masters of art, he does it with grace, finesse and empathy.Illustrated with a selection of his best drawings and artworks, this book begins with a delightful autobiographical essay in which he tells us about his early fascination with oil paintings, temples, and the clock, besides his first Mona Lisa, whom he painted at the age of twelve: the maidservant. He follows it up with several captivating pieces of prose that reveal the depth, passion and humaneness of one of the finest minds at work in India. A student of Malayalam literature, Ramachandran was deeply influenced by such stalwarts as Fyodor Dostoevsky, Vaikom Muhammad Basheer and Saadat Hasan Manto. In a career spanning six decades, his art practice underwent vital changes from political expressionism to mythical realism of Indian and oriental art after he personally witnessed the anti-Sikh riots in the year 1984. ‘I thought I will never do a political painting again,’ he said. ‘After all, a painting is a beautiful object. A painting of a dead Christ is also beautiful.’ Ramachandran has ceaselessly experimented with visual language. In a life devoted to constant learning, his vision and style changed from sombre expressionism to lyrical and metaphysical engagement with nature. In the process, he has explored diverse scales and mediums. In prose that is as remarkable as his art, he captures every episode that made his life eventful and turned him into the master he is.‘The commingling of the organic and the decorative and the transformation of the liveliness of the first into the vivacity of the latter is what stands out in Ramachandran’s representations of nature.’ — R. Siva Kumar