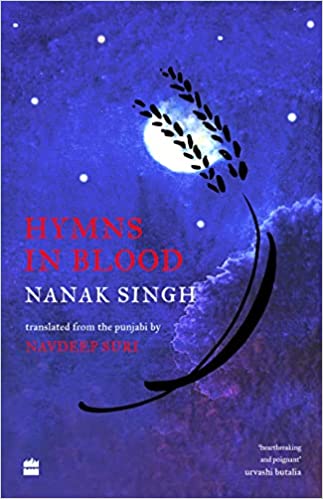 1947, Chakri. An idyllic village on the banks of the Soan near Rawalpindi, surrounded by stalks of golden wheat and festive songs. Muslims, Hindus and Sikhs eagerly await the end of winter and get together to prepare for Lohri. Amidst this joyous bustle, Baba Bhana, the erudite village elder, worries about the future of his foster daughter, Naseem. Life comes to a halt when news of a possible partition of India reaches the village. Amid a frenzy of communal violence, Baba Bhana and his family must reluctantly leave their beloved village. They embark on a long and dangerous journey, slowly coming to terms with the fact that their lives may be changing forever. Khoon de Sohile, first published in February 1948, and now translated for the first time into English, provides a timely reminder of the grief and trauma that a religious divide brings in its wake. Review 'Nanak Singh's deeply felt novel, written in the immediate aftermath of the Partition of 1947 carries the raw stamp of an intensely felt and lived tragedy which broke apart not only two countries but also hearts, relationships, friendships, homes and trust. In these difficult times it serves as a stark reminder not only of what we have lost, but also what we lived and what gave us hope.' Urvashi Butalia 'Suri's translation of Singh's stunning classic is a breath of fresh air. The world has never needed this illuminous novel more.' Anjali Enjeti 'Sensitive and rich, it embodies the spirit of undivided Punjab, and seventy-five years on, serves not only as historical narrative, but also a timely reminder of the consequences of manmade divisions.' Aanchal Malhotra About the Author Nanak Singh (1897-1971) is widely regarded as the father of the Punjabi novel. With little formal education beyond the fourth grade, he wrote an astounding fifty-nine books, which included thirty-eight novels and an assortment of plays, short stories, poems, essays and even a set of translations. He received the Sahitya Akademi Award in 1962 for Ik Mian Do Talwaraan. His novel Pavitra Paapi was made into a film in 1968, while Chitta Lahu was translated into the Russian by Natasha Tolstoy. Navdeep Suri is a former diplomat who has served in India's diplomatic missions in Washington DC and London. He was also India's ambassador to Egypt and UAE, High Commissioner to Australia and Consul General in Johannesburg. Navdeep has been striving to preserve the literary legacy of his grandfather Nanak Singh and bring his works to a wider audience. He has translated into English the classic 1930s Punjabi novels Pavitra Paapi (The Watchmaker) and Adh Khidya Phul (A Life Incomplete) His translation of Nanak Singh's lost poem Khooni Vaisakhi was published in 2019 and continues to be in the news and media mentions.