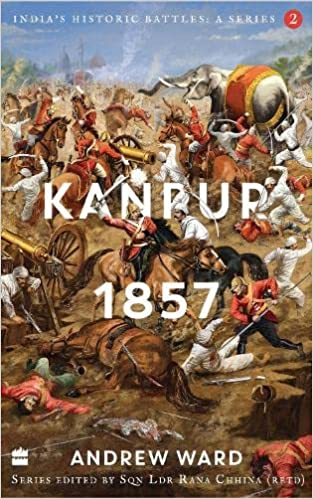 Of all the horrors that blackened the uprising of 1857, none could match the atrocities committed at Kanpur. In Kanpur, 1857 - part of a new series of books on India's historic battles - historian Andrew Ward gives an unblinking account of the siege of the entrenchment into which the European community fled when the town's four native regiments rebelled, the massacre at Sati Chaura Ghat, and the hacking to death of the surviving Europeans. Their slaughter would exacerbate the savage and indiscriminate killings the British were already carrying out, burning villages and condemning thousands of locals to flogging, degradation and the gallows. This richly illustrated field guide draws on decades of research to depict the pitched battles, and the acts of heroism and sacrifice on both sides that were subsumed by campaigns of atrocity and terror.