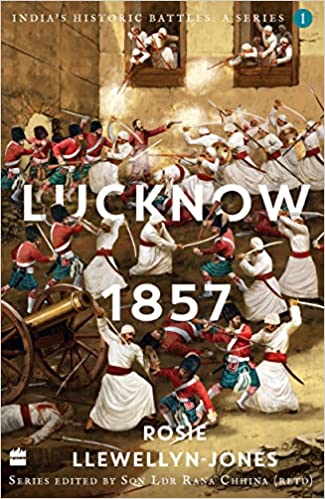 The city of Lucknow was the epicentre of the uprising of 1857. In Lucknow, 1857 - part of a new series of books on India's historic battles - historian Rosie Llewellyn-Jones examines the conflict in detail, from the British annexation of Awadh to the Indian response nad the subsequent revolt by sepoys. The defeat of a unit of the East India Company's army at Chinhat led immediately to the siege of the extensive British Residency in the heart of the city. Here, nearly 3,000 people - British, Indian and Anglo-Indian - held out for four and a half months. The winter saw huge defensive barricades being built around Lucknow, but with their superior firepower, the British recapture was the inevitable outcome. This richly illustrated field guide draws on Llewellyn-Jones's intimate knowledge fo the city to paint a vivid picture of the events that unfolded in this historic urban battlefield.