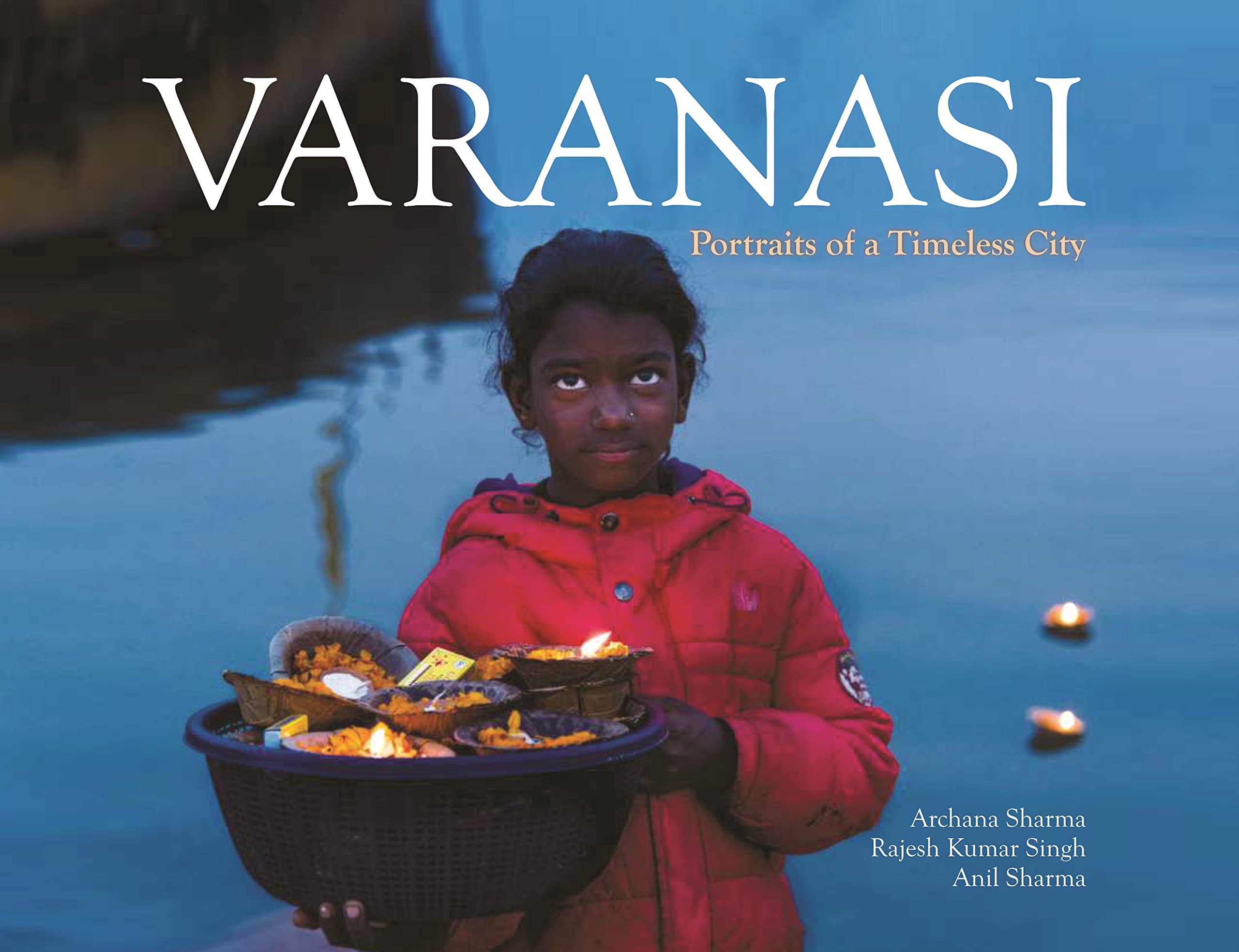 Varanasi: Portraits of a Timeless City

On the Western bank of River Ganges (Ganga) exists what is regarded by Hindus as one of their holiest cities. Known by three equally popular names, Varanasi, Banaras and Kashi, it ranks right on top of the seven Hindu teerthasthans (pilgrimage centres), also known as one of the Saptapuri. Historians record it as one of the oldest cities of the world; it embodies unparalleled spirituality, cultural heritage and academic legacy. Faith followers believe that the town rests on the Trishul (Trident) of Lord Shiva. Through an array of impressive, photographs, accompanied by compendious texts in English, Hindi and Sanskrit, this book captures the very essence of Banaras. The photos of the city's traditional rituals, its ancient ghats and temples, its festivals, its energy and its pathosinducing reality will take you on an incredible journey of enlightenment which is bound to evoke curiosity and awe. The dazzling, at times shocking, photographs will take you closer to understanding the depth of Hinduism, the reverence Ganga Maiyya commands and a phenomenon called India. Join us on a soul-enriching revolution and revelation of Kashi, the shining city. According to Hindu religious texts, there are ten points from which a person's soul can exit the body. One can call them gateways, windows or doors; they symbolize the passage from the earth, the material world, to the metaphysical firmament. In Banaras - reputed to be the city where a human being attains Moksha the doors shine in myriad colours. The various hues reflect the different strands of Varanasi's society, its various religious communes, the different occupations, the historical and the multicultural influences.